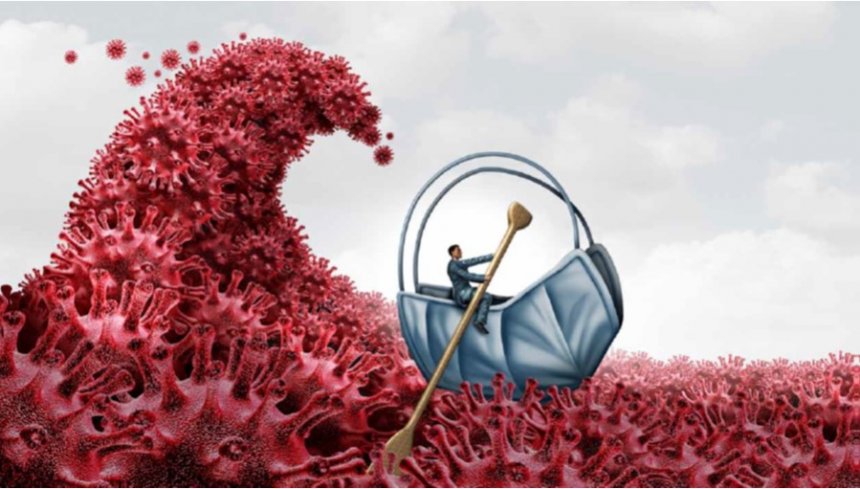 How has personal resilience and leadership held up among council chief executives during the pandemic? Heather Jameson reports from a a virtual debate held by The MJ and recruitment firm Faerfield

Last year was a challenging one for everyone, with emotions ebbing and flowing with  the  rising  tide of COVID cases. As we all found new ways of working, living and socialising, local government rose to the challenge and carried on.

But what about the chief executives – those who are paid to provide endless optimism served up alongside their leadership – how have they coped with COVID while supporting those around them? The MJ and recruitment firm Faerfield assembled a group of council chiefs at the end of the year – virtually, of course – to talk about their own personal resilience and leadership during the pandemic.

‘Everyone is tired… it is tough,’ our first chief explained. ‘I rarely show frustration but I am frazzled like  I know  we will all be.’ It has been a ‘rollercoaster’ that no  one  has prepared for and that has impacted on the staff, the organisation, and even the confidence of the chiefs.

‘I’ve had the most profound thoughts about “am I the right person to be able to lead anything” when I am being too selfish, worrying about myself and my family. I’ve gone from that point to thinking – ridiculously – that I have all the answers, and everything in-between. I’ve shared that very openly and honestly with my colleagues,’ they admitted. ‘What has kept me going is the camaraderie… Thank God for WhatsApp.’

A second chief agreed: ‘I swing from imposter to being Empress Ming and back again if I am not careful. That sense of trying to moderate your own leadership has been really important.’ Understanding what is in your control – and what is not – is also key to coping.

The support and ‘solidarity’ of others – fellow chief executives, members, local partners, and friends and family – has kept our bosses going when they have been at their lowest points. Council leaders have also played their part in supporting their officers. One chief recalled that their leader phoned nightly during the early part of the pandemic.

‘At the end of each call, he always tried to make me laugh. I didn’t realise he was doing it for the first week. What great leadership that was. He realised I needed a respite – humour was something he could do.’

There is no doubt it has been tough. A particular low point was the COVID deaths in care homes. ‘When that started that was a real low,’ The MJ was told. But staff set up a taskforce to deal with patients being discharged from hospital and went against Government guidance. ‘The staff really turned it around. It ended up being an incredibly strong response.’

They claimed it has been important to show vulnerability in leadership. Most of our chiefs agree and they have used this to connect large groups of staff on videoconferencing regularly.

Working remotely has, ironically, made our chiefs more connected and able to dip in and out of Teams meetings they wouldn’t usually attend.

Another chief described a new ‘warmth’ in their authority. ‘Explaining that I am feeling a bit down, that I haven’t seen my kids for weeks on end and I miss them and am exhausted. Making those comments has created a humanity in the organisation that we didn’t perhaps have beforehand.

‘I have learned a heck of a lot in 10 months, and also learned a lot about myself. I learned that staff appreciate contact with the chief executive much more than I thought was the case.’

Another of our chiefs summed up their experience: ‘It has been stressful, it has been exciting, it’s been humbling. And it has also been absolutely exhausting.’

The excitement has been the surprise element but getting things done, challenging the old ways of working –  it turns out a global pandemic can be invigorating, too. Staff have become more confident. They have achieved  more  in the past year than could have been imagined, and that   is humbling. ‘If this doesn’t raise the reputation of local government, I don’t know what will,’ The MJ was told.

But it is not all excitement – one of our participants admitted they found the single-issue nature of the past year boring.

‘I have genuinely missed my normal job and I missed the diversity of the issues we deal with on a daily basis.      I found dealing with COVID, frankly, quite boring and monotonous,’ they said.

One of our participants warned of the danger of being ‘drawn into the minutiae’ of the pandemic. Instead, it is best to ‘be present, focus on one thing at a time and get on the balcony instead of spending all my time on the dance floor’. Their authority has worked hard to support the resilience of both the senior team and the whole staff – including taking holidays and switching off.

But while we all agreed holidays are important, not one of the chiefs on the round table call had taken all of their leave for the year.
One chief noted the shifting goalposts – and sheer relentlessness – of the pandemic: ‘We started off on 800 metres, then it became 1,500, then it became a half marathon, then we thought it was a marathon. We are now into an ultra and it is just so grinding because it is not the race we trained for…no one had a global pandemic on their risk register.’

They also noted the paradoxes. ‘The fantastic empowerment of colleagues…but with that empowerment also comes exhaustion.

‘There is that paradox that we have never had so much money without having money. There is money raining around.’ Although it is not necessarily money for local government and it doesn’t resolve the long-term issues.

Another chief has their own paradox: ‘We have seen public service at its absolute best. In some cases we have seen partnerships and individuals at their absolute worst.

‘And I really agree it is both boring and adrenaline- fuelled at the same time. What I really miss is the chance encounters round the edges.’

But it is the relationship with central Government that has perhaps been the biggest blow to our chief executives. The lack of trust and the ‘thinly veiled contempt’ the centre has shown towards local government has made life much harder than it needed to be.

One chief said: ‘The lies – and I use that word very carefully – the lies around shielding, PPE, through test and trace, and, and, and…ot once have they [the Government] grabbed the opportunity truly and authentically to say “let’s deal with this together”. That’s difficult to work with.’

There is agreement from our participants that, despite local government showing its very best side, the relationship with central Government has deteriorated. ‘We need to think really hard as a sector about why we are not being listened to,’ one chief said. ‘A lot of that is in the way Whitehall is, but there are some tough questions we have to ask ourselves as well.’

It has, on occasions, been embarrassing for Conservative councillors who are faced with defending their Government, we are told. But there is praise for the ‘awesome’ response of local politicians. ‘There has been amazing leadership working which is so different to what I have seen nationally,’ one participant stated.

The rollercoaster of COVID and the contempt of central Government could see the departure of some senior officers and a dearth of colleagues to follow in their footsteps as council chiefs become disillusioned.

But others disagree. One chief said people are ‘exploding’ to come to work for the council while another added: ‘People still want to work in the sector and because staff have been able to push the boundaries it has given them the confidence that they can do lots of different things and do them quickly.’

‘It has shown us how we can do things differently and how unleashed creativity can transform the way we deliver services.

‘What is going to be critical is that we somehow find a way to get the Government to let us be creative and not hem us in with old-fashioned, outdated, inappropriate ways of doing things.’